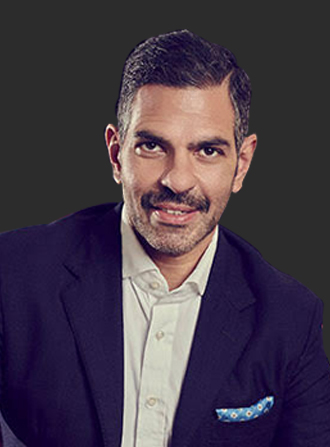 Mr. Sunjay Kapur is the Chairman of SONA Comstar Ltd.

Sona BLW Group is primarily in the automotive component manufacturing business, the company is the largest manufacturer of precision forged gears in the world: with a dominant market share. The company supplies gears to all the leading [global] passenger cars, trucks, and off highway vehicles as well as Farm Equipment.

Comstar, the electrical division assembles starter motors for passenger cars and SUVs. Comstar was originally a part of the Visteon Group.

The Sona Comstar Group has 10 plants spread across India, China, Mexico and the USA.

He has also done a programme on “Growth in the Family Enterprise”, at the Indian School of Business and The University of Pennsylvania (Wharton). In addition to this, he was the class of 2006 of “The Birthing of Giants” at MIT, USA (a 3-year programme done by YEO, MIT, and Inc. Magazine). Mr. Sunjay Kapur also successfully completed the Owner President Management program at the Harvard Business School in February 2013. He is part of the Harvard Business School Alumni.

Mr. Sunjay Kapur has been appointed as Member of Board of Governor of the Doon School in the year 2020-21.

Apart from his business interests, Mr. Kapur has always been passionate about encouraging entrepreneurs in the country. It was in the pursuit of this cause that led him to achieve success in being elected as the Global Chairman of The Entrepreneurs’ Organization (EO – formerly known as YEO) 2007-2008. He was the first (and so far only) person from India to hold this prestigious position.

To further his zest for fostering an entrepreneurship culture, he has collaborated with CNBC to create a unique reality show called Masterpreneur India. This program, aired on CNBC Awaaz, is a path-breaking initiative in identifying, recognizing and grooming strong, young organizations. These companies, it is hoped, will someday turn out to be successful and excellent organizations, and create immense social and economic value - by generating new employment, delivering high quality products and services to discerning customers and managing business operations effectively and profitably.

Mr. Sunjay Kapur is also an avid sportsman and his passion for Polo started sometime in 2004. Not only has he contributed tremendously in a personal capacity by owning and playing for the Sona Polo Team, he has played a very critical role in taking an ancient game restricted to Royalty & Army to the corporate sector, which has helped the revival of the game in India.