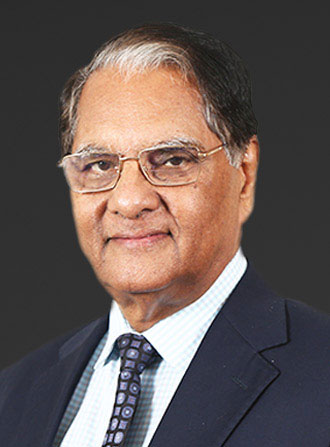 Mr. Ram Vinay Shahi is an independent Director on the Board of the Company. He holds a bachelor’s degree in Mechanical Engineering from the National Institute of Technology, Jamshedpur, post-graduation in Industrial Engineering from the National Productivity Council, Chennai, post graduate diploma in Business Management (equivalent to MBA) from Xavier Institute, Ranchi and a diploma in Advanced Industrial Management from Delft, Holland. He is a fellow of the World Academy of Productivity Sciences. He is also a fellow of the Institution of Engineers (India), a fellow of International Institute of Electrical Engineers and a fellow of the Indian National Academy of Engineering.

He has technical, administrative and managerial experience of over 52 years. He has served as the Secretary, Ministry of Power, Government of India (GoI), from April 2002 to January 2007, prior to which he was Chairman and Managing Director of BSES Limited from 1994 to 2002. He also worked in various capacities with Hindustan Steel Limited (now Steel Authority of India Limited) for over ten years and NTPC Limited for sixteen years and was Director (Operations) on the Board of NTPC dealing with Operations, Research and Commercial. .

During his tenure as the Secretary to GoI, the Indian power sector witnessed major restructuring through the formulation and implementation of legislative and policy initiatives aimed at creating a competitive market structure. These included, among others, the Electricity Act (2003), National Electricity Policy (2005), Electricity Tariff Policy (2006), Accelerated Power .

He has presented many papers at various National and International Conferences and edited a book entitled ‘100 Years of Thermal Power in India’ (2000). He has authored the following books viz. i) Indian Power Sector – Challenge and Response (2005), ii) Towards Powering India : Policy Initiatives and Implementation Strategy (2007), iii) Energy Security and Climate Change (2009) and iv) Light at the End of the Tunnel? Way forward For Power Sector (2013). .

He has received several awards which include, among others, the Eminent Engineer Award by the Institution of Engineers, Best Power Man of the Millennium Year 2000 Award by the National Foundation of Indian Engineers and Power-Telecom Convergence Award 2000 by the Independent Power Producers Association of India and National Power Training Institute. He is a Director on the Board of Energy Infratech Private Limited and RV Shahi Advisory Private Limited. .