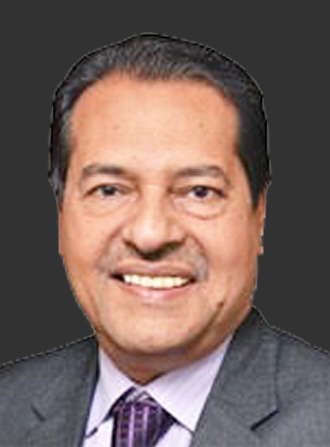 He joined the Indian Administrative Service in 1975 and has held many distinguished positions including Secretary to the Government of India, Department of Public Enterprises, Ministry of Heavy Industries & Public Enterprises; Principal Adviser, Planning Commission; Additional Secretary, Department of Land Resources, Ministry of Rural Development.

Having worked in various assignments related to the Indian economy – specifically in Industries, Coal, Mining and Steel, he was associated closely with all aspects of Industrial Development such as the allocation of power, land and other infrastructure and also with the key aspects of industrial policy.

Dr. Bhaskar Chatterjee is widely acclaimed as the Father of Corporate Social Responsibility (CSR) in India. He was instrumental in framing and issuing the CSR guidelines for Public Sector Enterprises (PSEs) in April, 2010. Thereafter, he played a major role in the inclusion of Section 135 in the Companies Act of 2013 and in the framing of the rules thereafter.

As Secretary in the Department of Public Enterprises, he was led reform and change in the Public sector, laying special emphasis on Corporate Governance, Revitalization of the MOU system, Human Resource Management, Sustainable Development and Corporate Social Responsibility. As Principal Adviser, Planning Commission, he was deeply involved not only with a number of micro and macro-economic measures but was also a part of the team responsible for shaping India’s response to the global economic crisis.

Having spent eight years in the Ministry of Human Resource Development, he acquired very rich experience in the education sector, right from primary education and literacy to Higher and University Education.