The company’s African presence includes mining operations and projects in South Africa, Mozambique and its strategy has shown significant results in improving the quality of life for the people, while nurturing the environment.

The company’s operational activities in the country include the Kiepersol Colliery, which is an underground operation located within the jurisdiction of the Gert Sibande district in Mpumalanga, South Africa.

The Kiepersol Colliery remains a prominent producer of high quality anthracite and lean bituminous coal, which is sold on both the domestic and international metallurgical coal markets, and is all made possible with a dedicated private railway siding which forms the bulk of the company’s infrastructure, which in turn enables the mine to dispatch orders directly to clients and to the ports for exports thereby maintaining the high quality service and delivery standards its clients have become accustomed to.

In neighbouring Mozambique, the company is at the forefront of the country’s energy revolution, where it is one of only three companies with operational mines in the coal-rich Moatize area. This opencast Chirodzi coal mine, with reserves of 1.35 billion tonnes and an expected life-of-mine of 25 years, commenced operations on its 10 MTPA coal mine in 2013, with the production of 3 MT in the first phase. Since 2013, the company has been consistently producing and exporting coal from the country through the port of Beira using its own wagons and locomotives. The company is also in advance discussions with the government for setting up a coal based independent power plant. 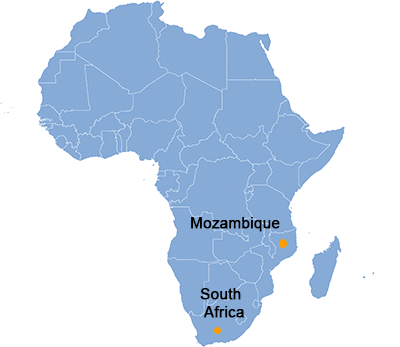